Just the Tonic’s Comedy Shindig is back in the grounds of Melbourne Hall. Tucked neatly inside a walled rose garden in these impressive surroundings, you are covered from the elements as you sip away on a drink, have something amazing to eat and laugh at the best comedy the country has to offer. 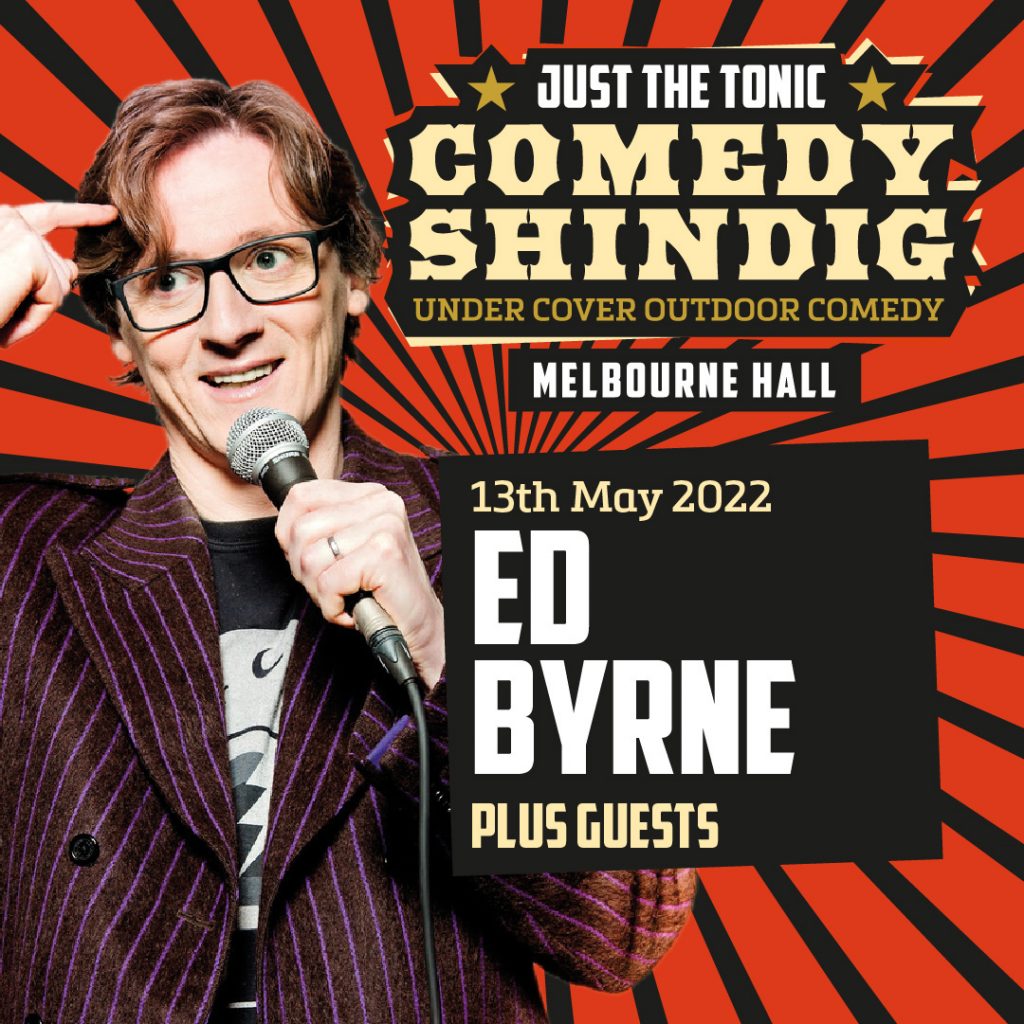 David O’Doherty –
‘When a stand up gig goes this well, you do get a sense of how religions are started’ Guardian

Guest –
We’ve not quite filled this gap… but fear not… it will be someone funny. You probably won’t have heard of them anyway… so don’t worry yourself

Lou Conran –
“Proving you can make a stand-up show about literally anything if the performer is skilled enough.” The Scotsman
“An appealing mix of charm, cheeriness and cheek” Chortle 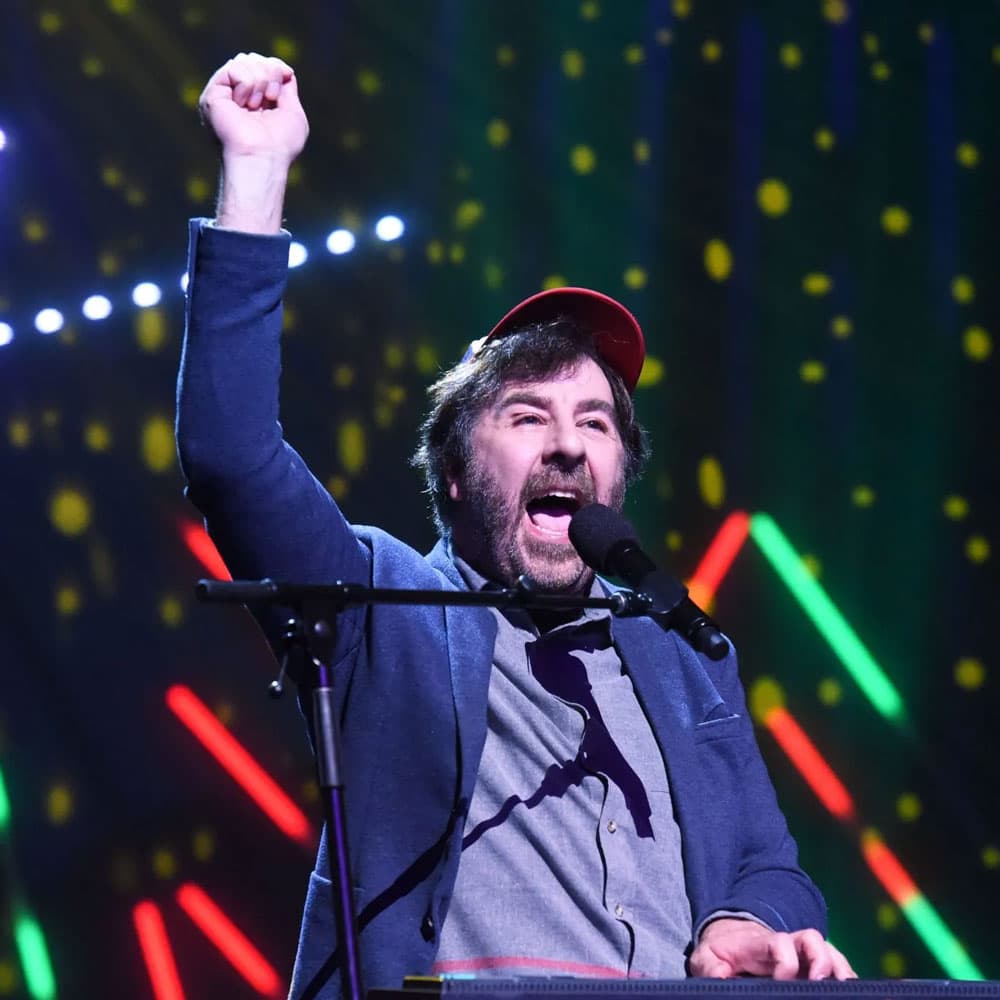 Johnny Vegas – Possibly the best stand up in the country
The Raymond and Mr Timpkins Revue – “A mad, anarchic triumph of stupidity over style. Not to be missed” – The Guardian
Scott Bennett – “A joy to watch”
Jeff Innocent – “It should be made law that every British Citizen must go and see Johnny Vegas. He’s that funny.” – Evening Standard 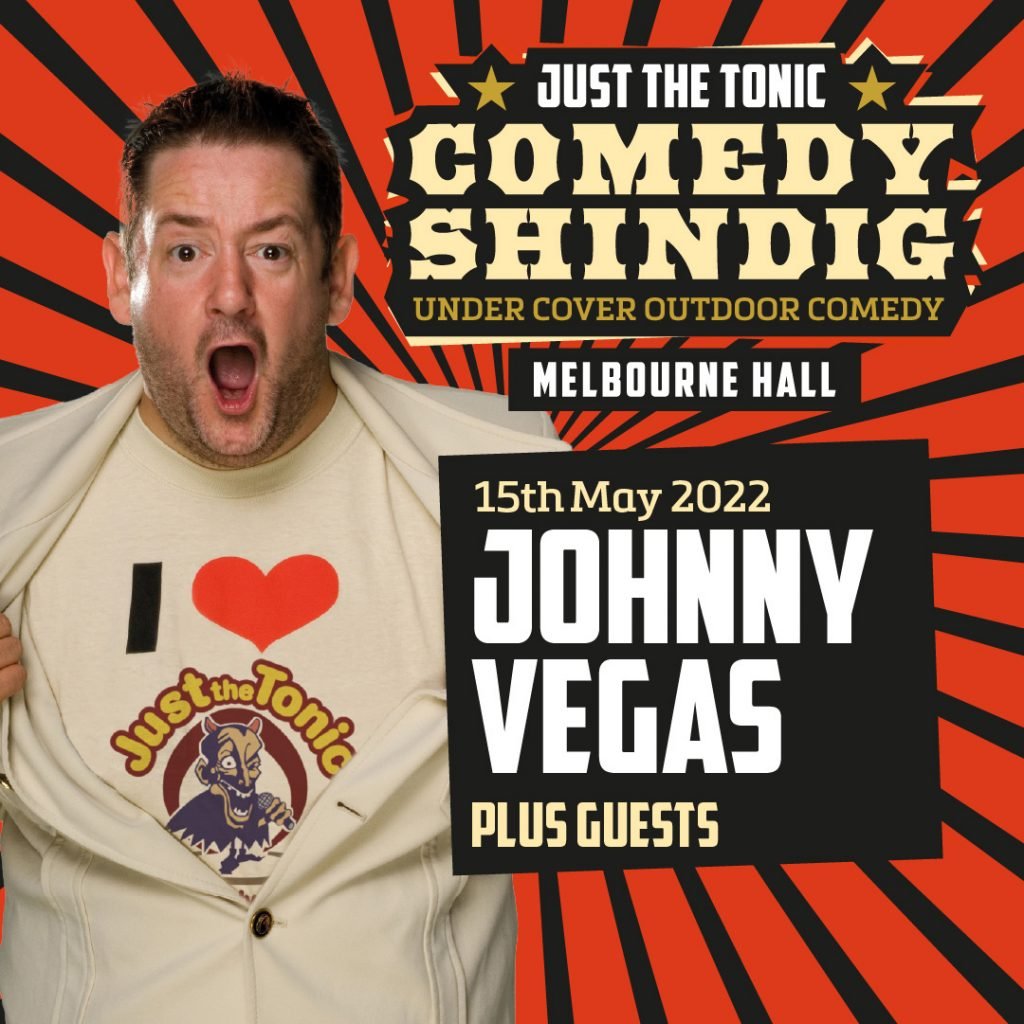 An Audience with Anton Du Beke

An intimate show with the King of Ballroom featuring laughter, song and dance as Anton talks about his career as a leading dancer, author and TV star.

Don’t miss this exclusive chance to get up close and personal with Strictly legend and judge himself – Anton Du Beke, alongside a powerhouse band and guest vocalist Lance Ellington. 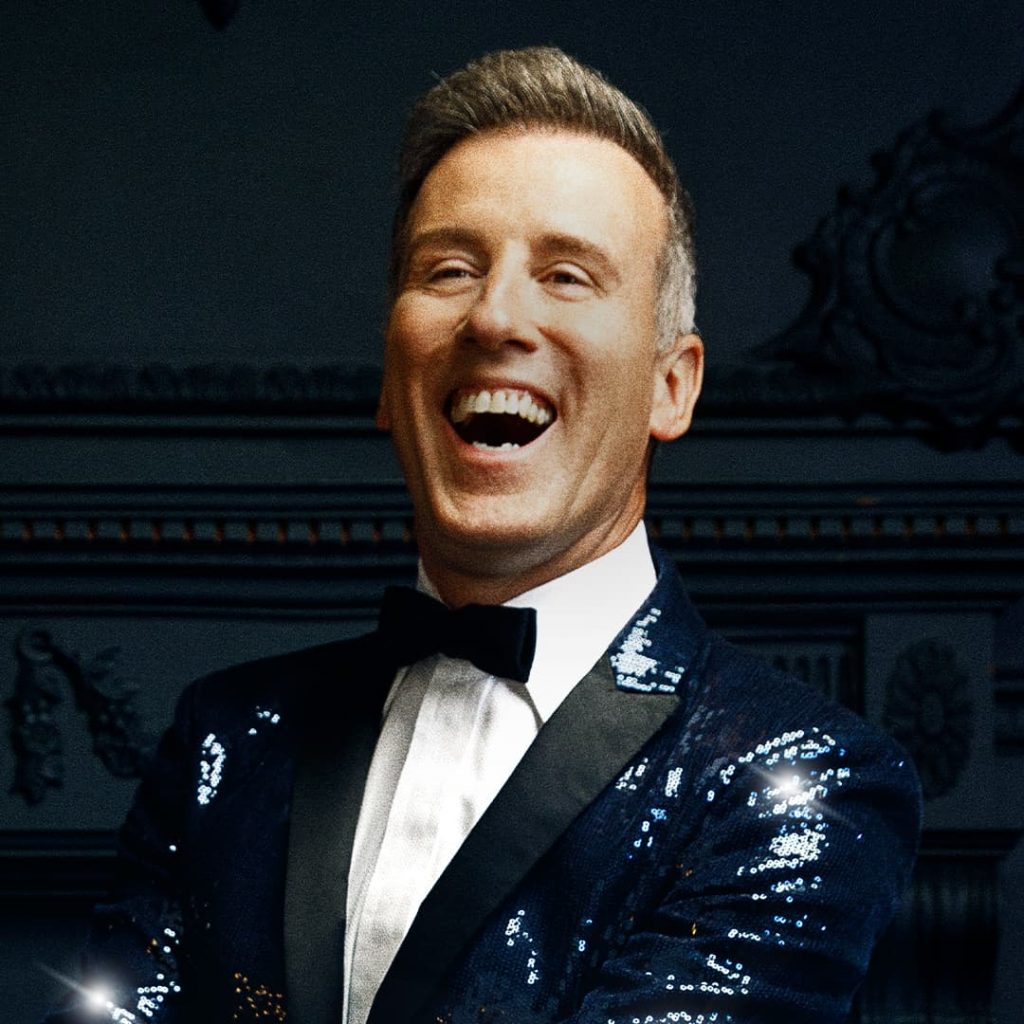 Prior to performing in front of nearly 2 billion people at the Royal Wedding, the largest audience The Kingdom Choir had performed to was just 200 people. Here’s a chance to see them return to these intimate roots with their Saturday evening performance in the stunning grounds of Melbourne Hall.

Following their show-stopping performance of “Stand by Me” at the Royal Wedding of Prince Harry and Meghan Markle, The Kingdom Choir have since toured a sell-out show across 18 cities in the UK, performed at BST Hyde Park with Barbra Streisand, appeared on numerous television shows around the world and headlined at festivals including Latitude, Hay and Cornbury.  The Choir’s rendition of “Stand by Me” went straight to the top of the US Billboard charts, and since releasing their first full-length album worldwide on Sony Music in 2018, their success has truly been a global story. 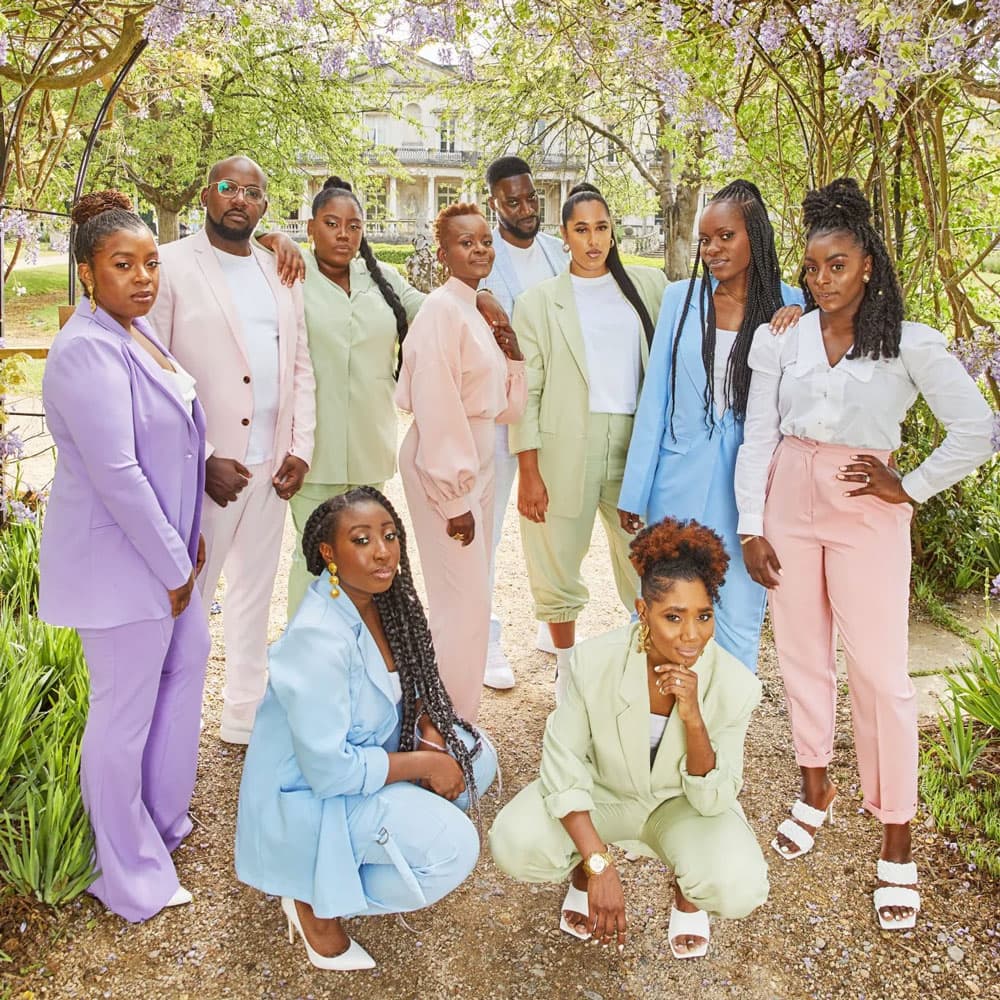 Julian’s career as a camp turn began over 35 years ago. He began working on the cabaret circuit in the early 80s as The Joan Collins Fan Club. Following an appearance on Saturday Night Live, Channel 4 offered him his own show, Sticky Moments. More TV followed, including Terry and Julian, All Rise for Julian Clary, Prickly Heat, It’s Only TV But I Like It, Strictly Come Dancing, Have I Got News For You, Who Do You Think You Are?, QI, Celebrity Big Brother, Your Face Sounds Familiar, Piers Morgan’s Life Stories, Give a Pet a Home, Nature Nuts and Passions.

Julian is a regular panellist on Radio 4’s Just a Minute.

His writing includes his memoir A Young Man’s Passage, several adult novels and his on-going series for children, The Bolds. His latest memoir The Lick of Love was published in October 2021.

In 2019 Julian completed a sell-out national tour with his latest one man show Born to Mince. This tour was extended in the Spring of 2022. 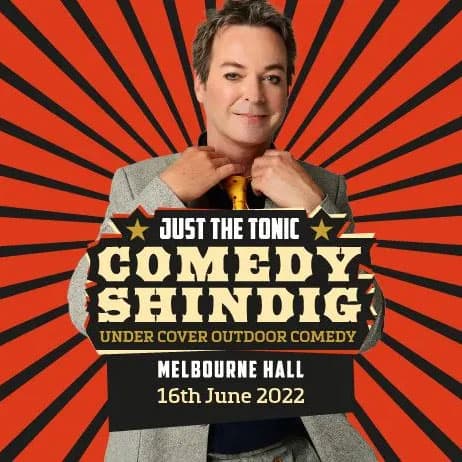 Angela Barnes is the best mainstream female comedian I’ve seen since Sarah Millican… I can’t be any clearer than that can I?
BRUCE DESSAU, EVENING STANDARD CRITIC

A beautifully paced performance that was aided by the consistent quality of her jokes, many of which showed a great skill with self-deprecation.
CHORTLE 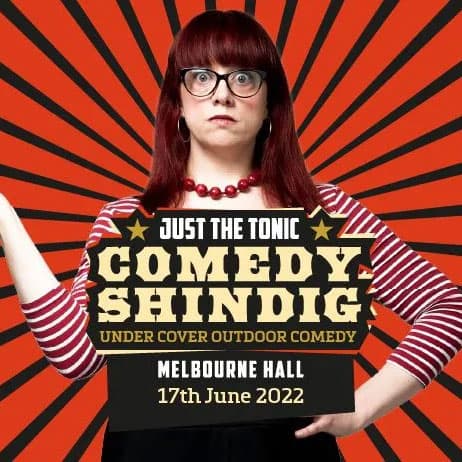 DOUBLE SONY AWARD WINNER • REGULAR ON MOCK THE WEEK • CHORTLE AWARD NOMINEE
He loves each and every gag and you can’t help but be carried away by his infectious charm. He’s like a cheeky schoolboy who can barely hide his glee with each and every punch line.

Gary’s the only comic ever to have got two gags in the same top 10 for Dave’s TV Funniest Jokes from the Edinburgh Fringe. He’s is currently touring, his last tour was extended four times and took in over 200 venues, he’s the premier gag smith of his generation and through twitter he’s become one of the most followed and quoted comedians in the country. 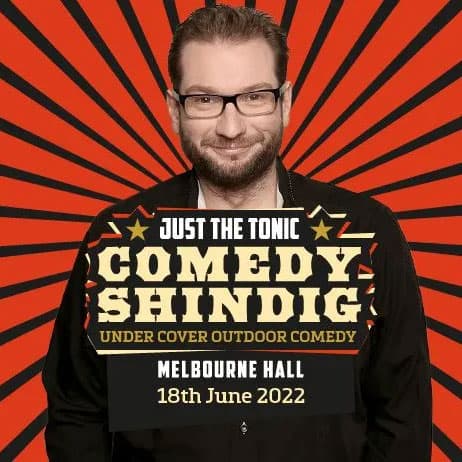 Live at Melbourne Hall are pleased to present an evening for food lovers. The walled garden is set to be taken over by the delicious cooking smells from celebrity chefs Gennaro Contaldo and Matt Pritchard for its inaugural Summer BBQ Series.

Gennaro will be designing an exquisite menu along with Matt Pritchard’s amazing full vegan menu, guests can expect a variety of food stations covering a range of meats, fish, sides, salads and more – with Gennaro and Matt pitching in with the cooking! Once they’ve fed everyone, the chef’s will take to the stage for a Q&A hosted by our own celebrity Chef, Joe Hurd. 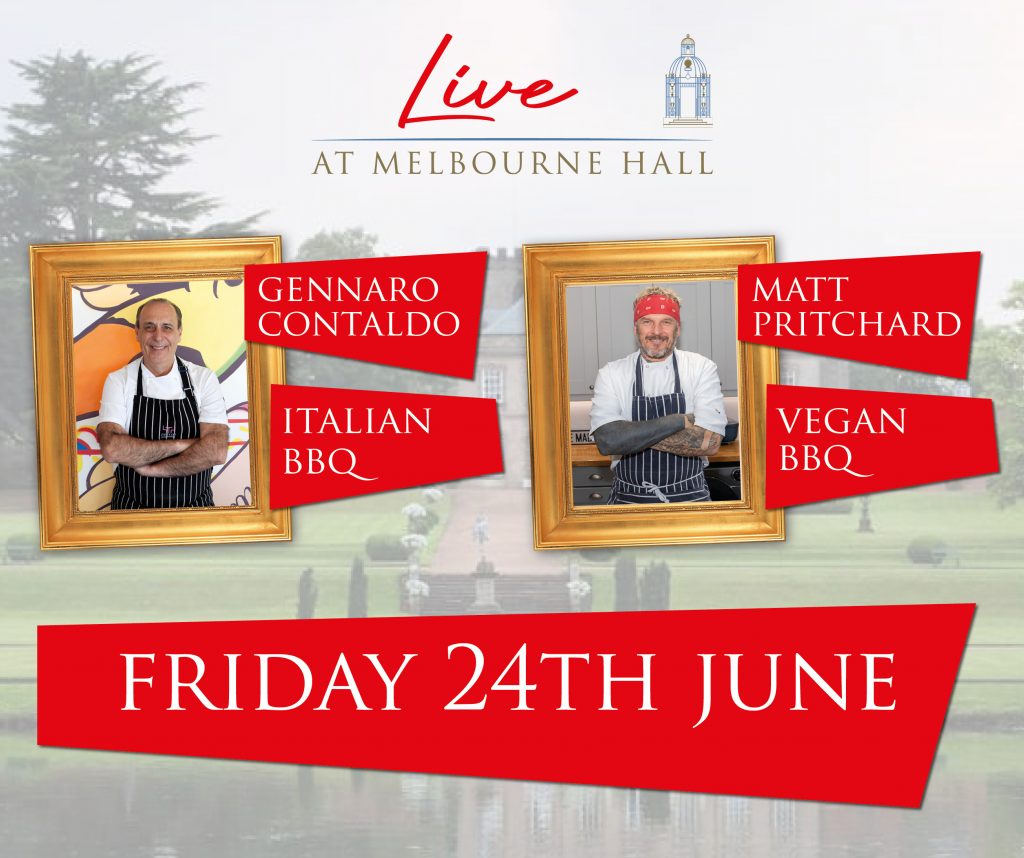 The Markets are a celebration of fabulous small businesses. They are a date in the diary for friends and family to gather and browse unique stallholders, support small businesses, enjoy a bite to eat and relax with a glass of something lovely. 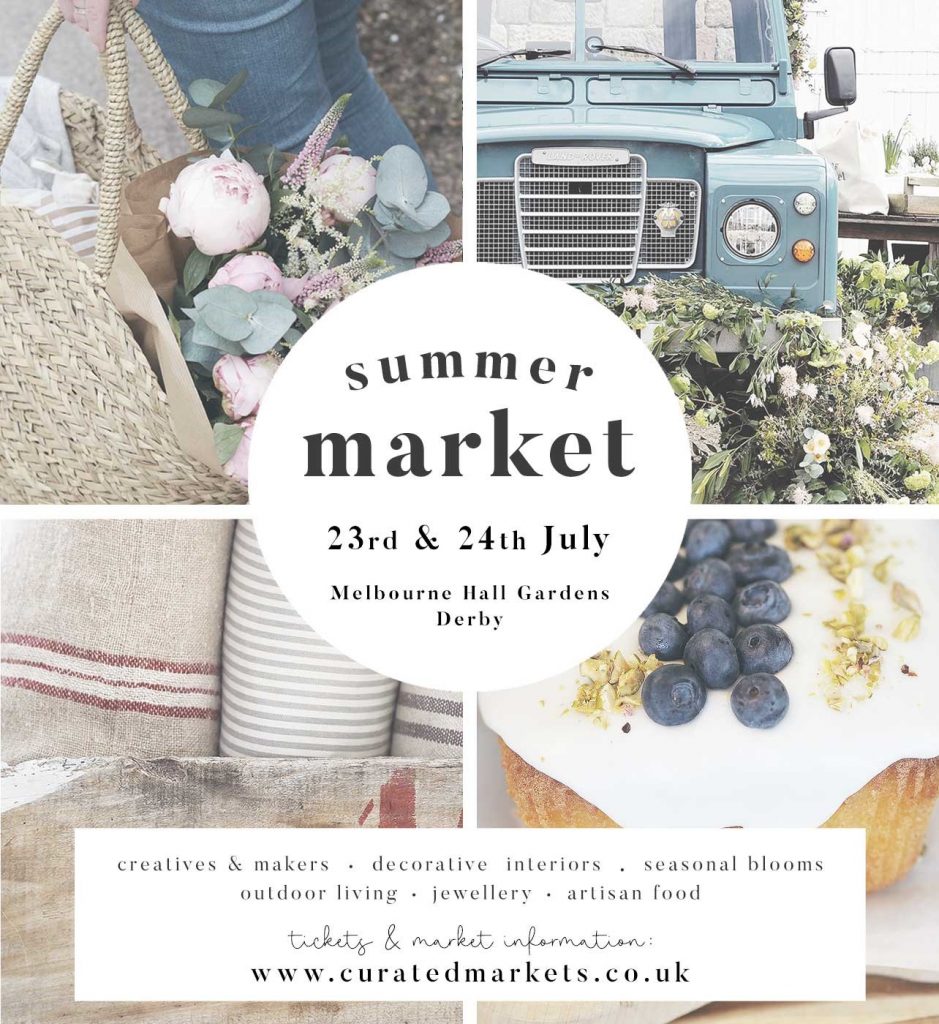 The Millstream borders provide a special place of

There maybe a few clouds around but there is plent

Found amongst the herbaceous perennials in the Lon

Peony 'Moonrise' glowing in the sunshine of the Pe

As Juliet said about Romeo in Shakespeare's play,

Please update your browser to view this website correctly: http://outdatedbrowser.com